Yes, people, that’s what it takes to traverse this huge and wide country of ours. I’m telling you a lot of space left in between the congested coastal states. And when are they inventing transporter beams? That would be a very handy invention. Save a lot on the fossil fuels of flying and car and truck transport. Let’s face it air travel is no picnic these days either. We need to get focused back on that and stop with the dilly dallying on self driving cars. Per chance I should drop a line to Elon Musk or Jeff Bezos. Those seem to be the funded inventors of our time these days.

OK, so quickly, stayed focused and got through Ohio (waved to Konrado in passing, because at his age he still has the eyeballs and eyesight to see us so far north or feel our love in passing), hardly remember West Virginia it was so quick, river, bridge, was looking cute wit the brick buildings and historical and then we’re in the final state to make it to the other side of Gigantor Country, USA, the Keystone State, Pennsylvania. Apparently they felt they were the “keystone” of the first 13 colonies or something or other. Every state has their thing and I’m really too tired to be impressed by that at this point. Maybe if I had been there during the revolutionary war.

Meanwhile, this is what I’m seeing- crazy people, who actually stop, yes stop, before they get on the mach speed highway so that you go from zero to100 mph in 3.5 seconds (hopefully) and don’t get run over by anyone on the highway who is already traveling at mach speed. Yeah, that makes a lot of sense. Stop and have no cruising speed before merging with high speed traffic???? Mandatory merging classes really need to be incorporated in traffic schools throughout the land. Think about it the next time say, two lanes are merging into one (we’ve run into a lot of road work in progress on highways and this lane downsizing is what they do). We as a driving people tend to be challenged by the merge concept. There’s always someone who thinks he’s going to beat the next guy, and someone else who waits too long, etc. etc. I can tell you stopping, before you do the big merge, whether it be on the highway or two lanes down to one is not helpful.

Back to Pennsylvania, we of course arrive late at night, because this just seems to be our natural modus operandi, can’t see anything, with the geezer meister eyesight, the fog, the lack of any commercial lighting, such as this thing we have out west called light posts. Do you know how dark it is wandering around in these 5,000 and 1 townships, because yes our friends don’t live directly off the turnpike/interstate, you have to traverse the I don’t know little subset areas (townships?) within the towns, within the larger areas within the cities? Now I understand where all the song writers of the ’70s got all these crazy names for things in their lyrics. Just drive through Pennsylvania and take note of the tons of township names. Seriously township? Town was not enough. We needed a further sub-division, and then the townships are further divided into named neighborhoods. Maybe back in the day that dewy decimal system’s brother guy lived around here and came up with this system which inspired the dewy decimal guy to really do a better job when organizing our libraries. What can I say? I like to read books and that is a good system. This Pennsylvania township thing I don’t know.

As if that’s not enough, there’s the whole white man interpretation of so called Indian names, because maybe they ran out of names by having so many townships. Really, you think the Indians are feeling honored on the white man’s interpretations of how Indian people pronounce these names – Susquehanna, Nanatahala, Wawa???? It goes on. I’m sure my spellings are way off, but this is what I’m hearing around here.

Then of course there are the hostage turnpikes. Can’t really seem to go any great distance, unless you can circle through enough townships maybe to progress in any one general direction so turnpike it it is. Please note that you are only allowed to stay in the lovely turnpike zone for no longer than 72 hours. What, were they losing people for months on those things? There was some kind of homeless population taking root? It seemed odd and it was pricey, especially after I had just read that on the just interstate, non-turnpike roads our taxes had been paying for the upkeep since back in the day. What made these turnpike things a one off? Moving right along. Drove around in circles in the dark forever, finally got into the right township, village, area and found Kim and JB!

Stayed up late talking, but now it’s a zero day. We aren’t going anywhere and the food is decadent, classic Americana (which […]

Wyoming. Finally! This isn’t that big of a state, we can do this. Forget civilization, no more Mexican cokes available. Good by […] 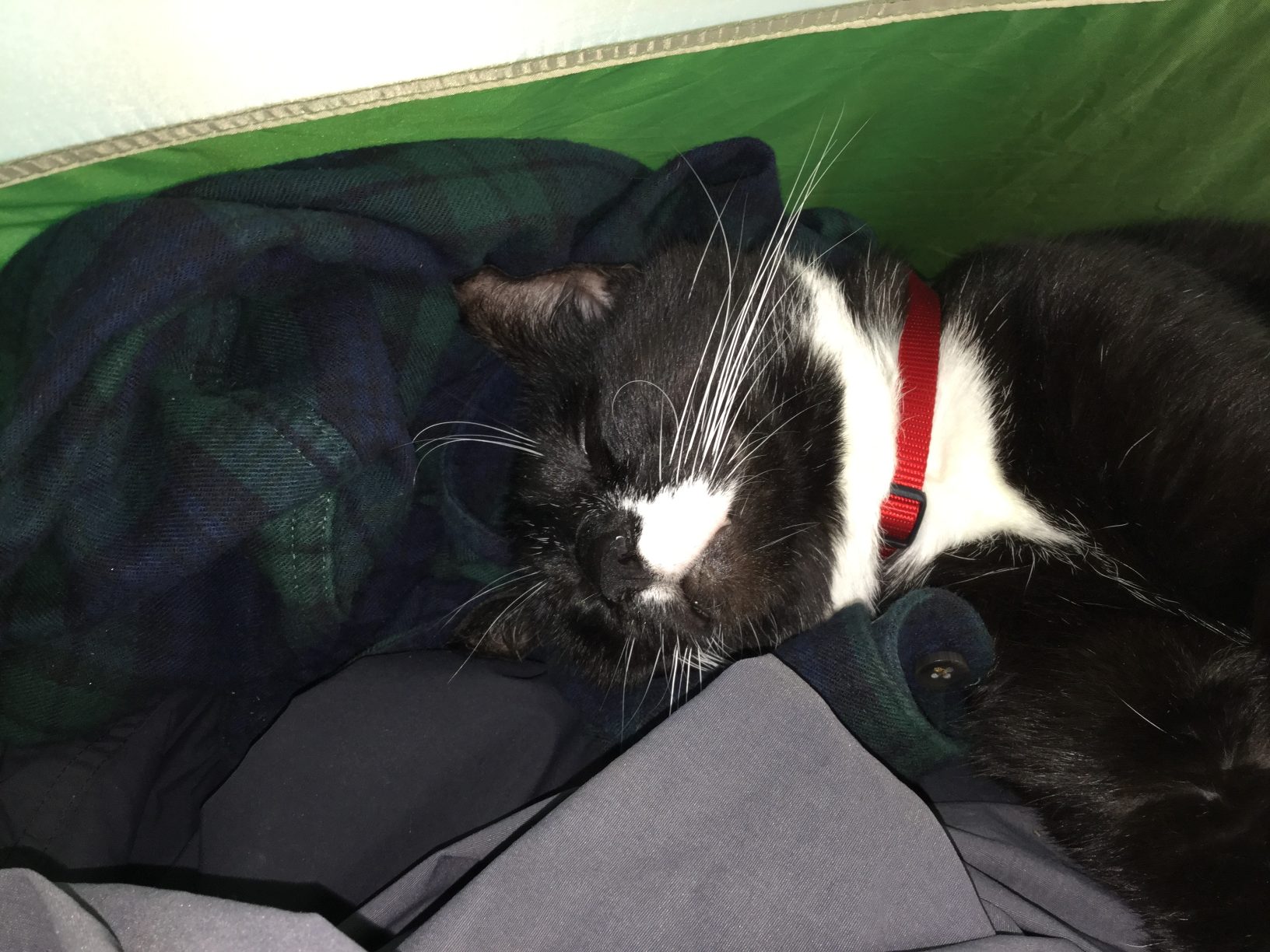 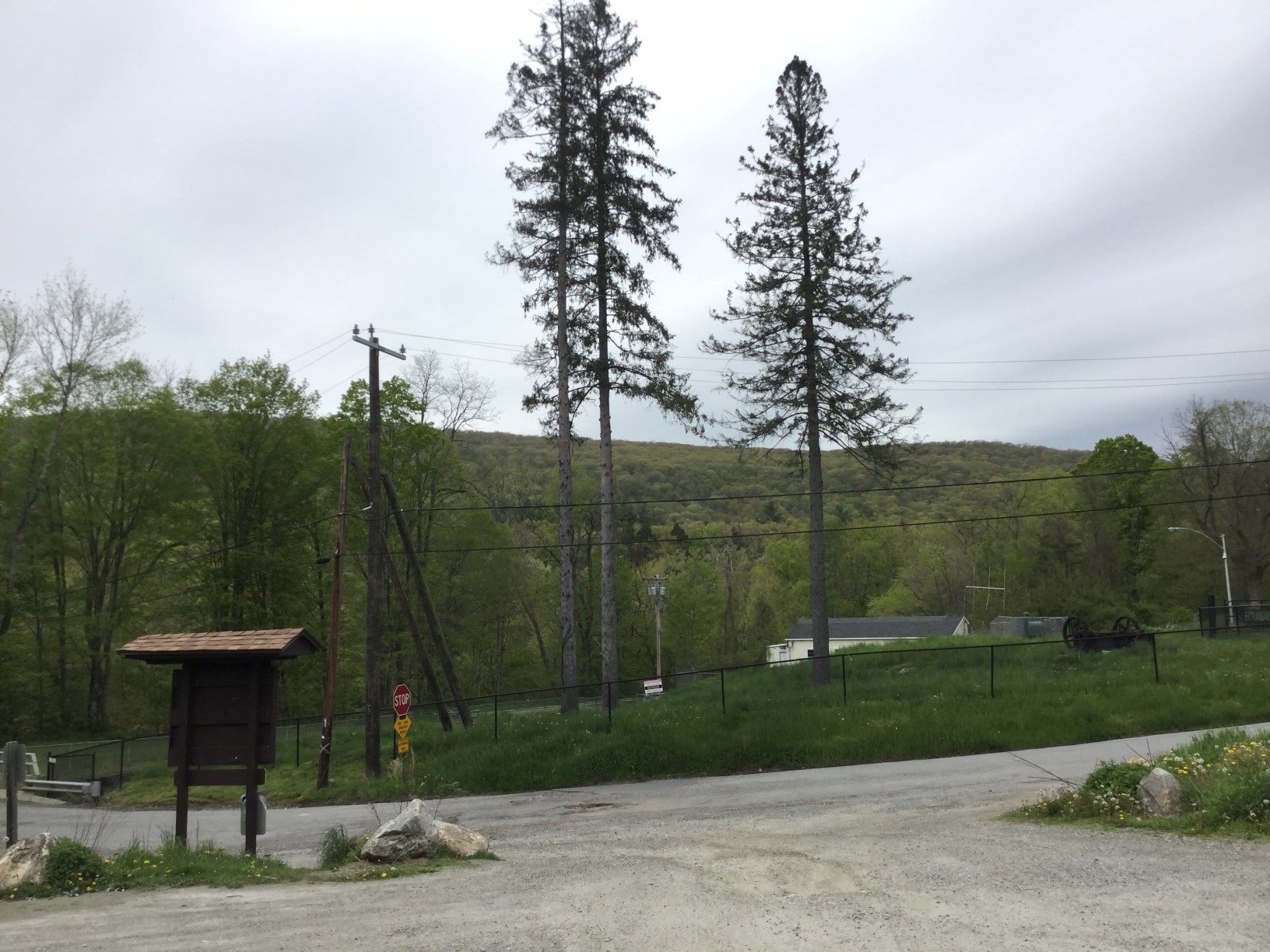 Mossy here. Guess what? Rained last night. I know, I know, yet again. Where is my nice cozy couch and a good […]